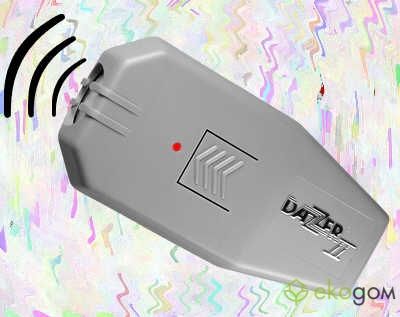 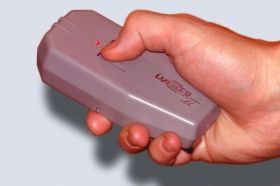 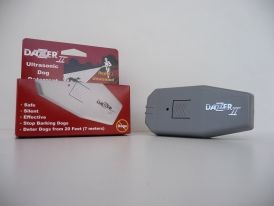 The SWISSINO dog repeller offers the following advantagesSafety for dogs. Strong ultrasonic waves drive away disruptive dogs without harming them.The dog repeller is completely safe for humans, and not audible.Ideal for use on-the-go, thanks to battery operation.Ideal for all those who are highly nervous around dogs, as well as for joggers, cyclists, elderly people, postmen, etc.Suitable as an efficient training device for dogs. Simply reinforce commands with ultrasound and use this to teach the animal better behaviour.Dog deterrent protects against harassmentA dog is a man's best friend."" However, a dog can also be annoying or even threatening. For some people, dealing with dogs is a nerve-wracking experience  that can become a problem, especially with unleashed dogs. These situations can be avoided with great ease and efficiency using the SWISSINNO Ultrasonic Dog Repeller.

At the push of a button, the dog repeller emits ultrasonic waves that are inaudible to humans. These are very disturbing for dogs, especially at short range (2m to 5m), and cause the animal to move away. Don't worry, the deterrent doesn't trigger any kind of aggression in the dogs and does not hurt them either.

Mobile dog repeller with a range of up to 12m

In order to drive a dog away as quickly and effectively as possible, it is recommended to position the device in the direction of the approaching animal and to use as follows:Direct the dog repeller with its front side facing the animal.Press the "ON" button for 2 seconds and then release.Repeat this process in quick succession until the dog is under control.Used simply in this way, several ultrasonic waves are emitted one after the other. This is more effective than holding the button down continuously  and the single ultrasonic sound that would result.

The SWISSINNO dog repeller can be used both in training, to support commands, and for conditioning difficult dogs. The deterrent ultrasonic sound can be used to train away undesirable behaviour, such as constant barking, damaging objects, etc.

Due to the acoustic intensity of the ultrasonic noise, a dog may be frightened and move away from you, especially on the first use. Therefore, you should find a suitable, safe location for the first training session.